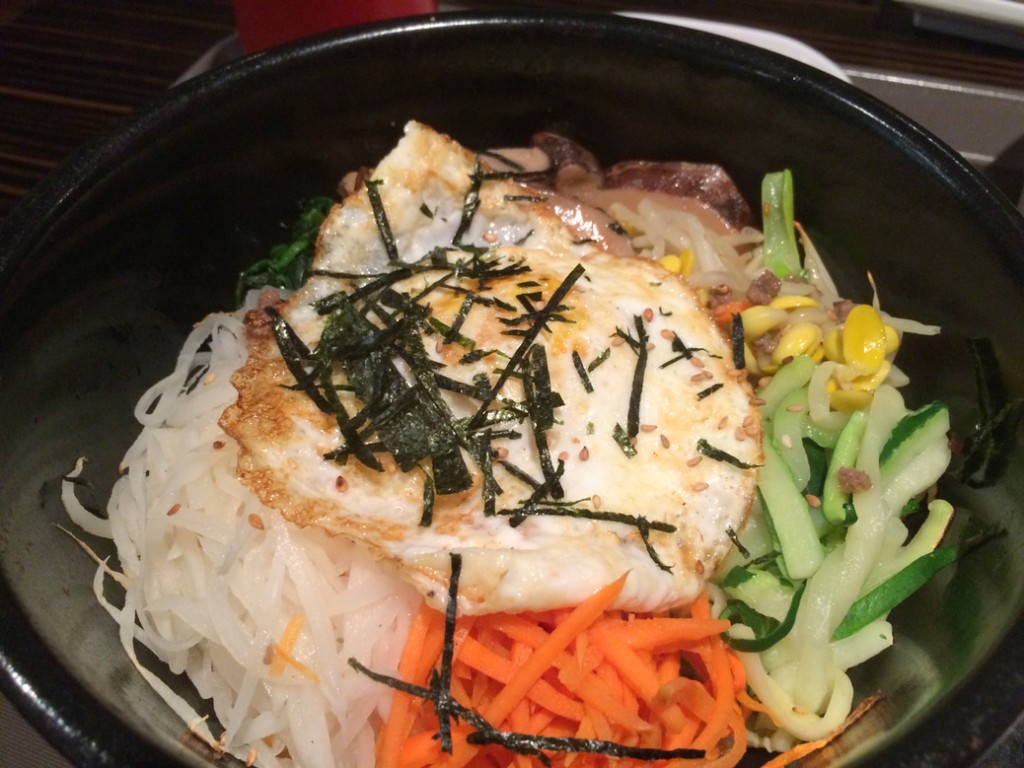 Little more than a stone’s throw from the Princeton Junction train station, asianbistro (one word, all lower case) was one of the original Asian fusion restaurants in this area, and still one of the best.  My sushi-eating friends claim that the bistro serves up some of the best sushi in Mercer County, and the Korean and Japanese cooking, in particular, are quite good.

In Japan, Koreans play an economic role very much like Latinos do in the United States:  there are many Korean restaurants, and odds are that the kitchen staff of any restaurant you visit (Japanese, Italian, or whatever) will have a strong Korean representation.

asianbistro’s menu claims to cover all of the mainstream east-asian cuisines: Chinese, Thai, Vietnamese, Korean, Japanese.  But it saves the real depth for Korean and Japanese, so it came as no surprise to learn that the owner is Korean-American and was classically trained as a sushi chef. 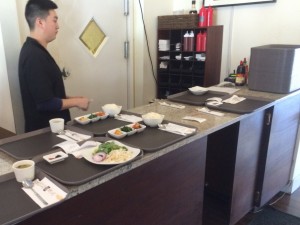 The bistro combines 3 service concepts under one roof.  1) a full service dining room in the back, where you can sit down and get waited-on,  2) a traditional sushi bar,  or 3) a self-service dining room in the front, where most people eat.  The food and menu are the same in all three areas.  In the self-service dining room, you place your order, and take an electronic pager to your table.  When your food is ready, your pager lights up, and you pick up your order from the counter.  It’s actually pretty convenient, and saves you most of a tip (I give a small tip to the counter staff, but that’s your choice).

Pricing is typical for area restaurants (outside of Trenton).  We’ve rated it 2-$ because you’ll certainly be over $15 is you order a sushi assortment.  Most entrees are $11 to $15, with a few cheaper, and a few others pushing $20.  Portions aren’t tiny, but they’re not huge either: a hungry man will probably want an appetizer, again pushing the bill over $15.  But if you’re on a budget, realize you can order carefully and get out for less than this (and the absence of tipping in the main dining room helps, as does the fact that it’s BYOB). 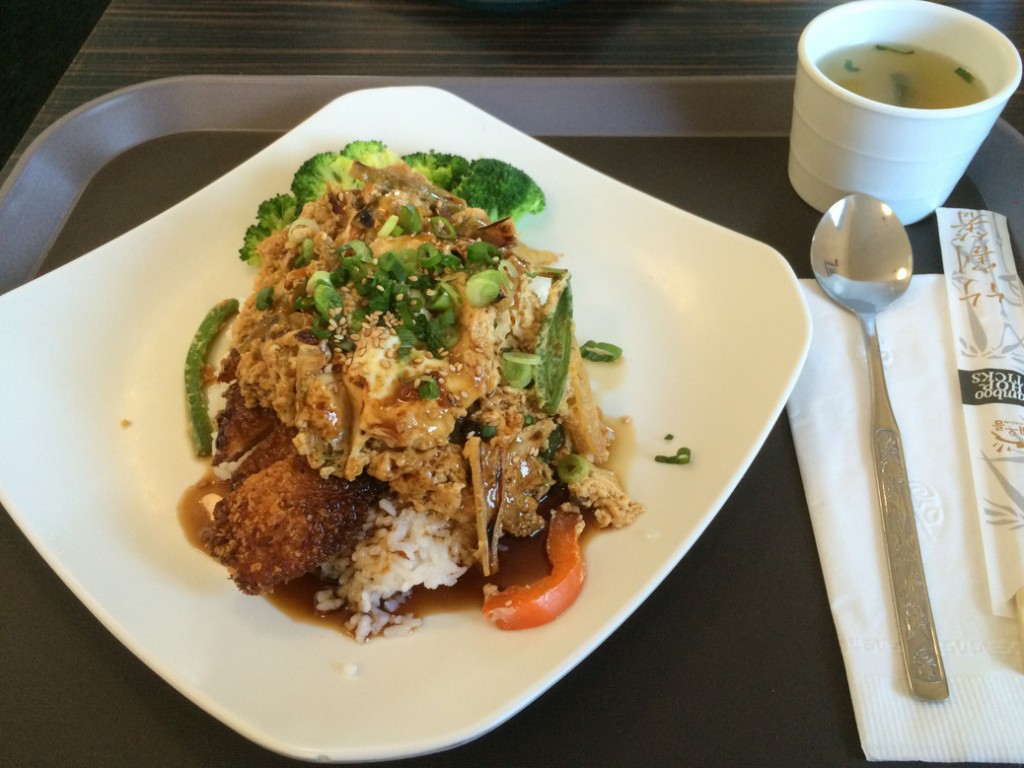 We’ve sampled a number of dishes over the years including a Japanese classic,  Katsu Don, a thin slice of pork loin, breaded in panko and deep fried, served over a bed of rice with vegetables and a fried egg.  Also, bibimbap (the first image in this article), a traditional Korean dish of vegetables, and egg, and small pieces of beef, cooked in a ceramic bowl that makes the rice on the bottom toasted and chewy.  The food I’ve eaten at asianbistro has always been good, sometimes very good.

There are a number of vegan/vegetarian options on the menu, and the bistro is open late.  It’s actually a great place to meet friends coming in on the train from New York, especially if they’re running a little late.  They get off the train 10 minutes before it arrives in Trenton, and can walk to the bistro.  You all meet there, then drive home together.

From Agar to Z

Click for ALL reviews in these related categories:
Chinese | Japanese | Korean | Restaurants