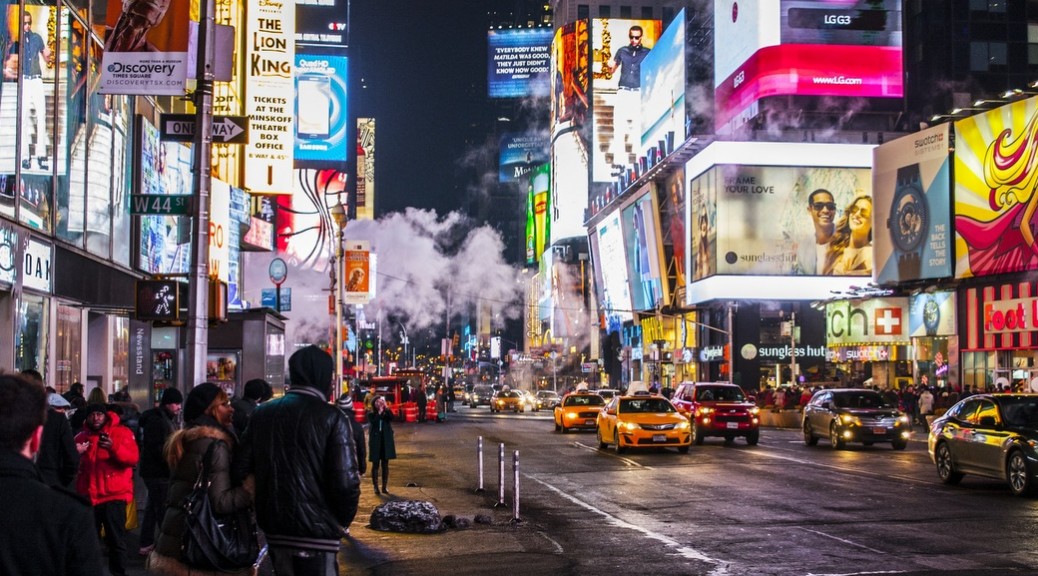 New York is 1:10 on the NJ Transit express trains, which run frequently from the Trenton Transit Center. Instead of stressing with the traffic, and for less than it will cost you to pay for gas, tolls, and parking (in mid-town, anyway), you can relax while NJ Transit does all the work. And during rush hour, you’ll save at least an hour compared to driving.

And what a city! I had a friend from Tokyo who used to visit me when I lived in NY during the mid-1980s, who described it as, “The capital of the world!” He felt there was no other city where so many people, cultures, and events coalesced. Eventually, everyone who’s anyone across 5 continents will show up here, at least once.

I won’t argue the point (my friend certainly believed it, and it’s convenient for me to agree). You can argue that, like Venice or Paris or London in earlier times, New York’s ascendancy is fading. But there’s no doubt that it remains one of THE great destinations anywhere. The fact that it’s so easily accessible is one of the profound attractions of Trenton.

Click for ALL reviews in these related categories:
Activities | Excursions