Michael’s is a decent diner that supports a very good salad bar.  If you enjoy salad bars, you can get a great salad and a good, filling, fresh-cooked meal for not a lot of money. It’s open 7 days, early and late.

NJ diners, collectively, should be a national institution. Where else can you get such diverse, home cooked food at such reasonable prices? Like most such institutions, Michael’s will serve breakfast all day. You can, of course, get sandwiches, wraps, panini, and burgers. There’s a diverse set of hot entrees, including meat, chicken, seafood, Italian entrees, and a few more ambitious preparations. I’ve eaten at Michael’s for years, and would rank the cooked food as “middle of the road” for Jersey diners. You can do better in a few places, but if you stick to the basics, the food quality is likely to be more than acceptable.

There’s a controversy about who invented the all-you-can-eat salad bar, but the most plausible claim I’ve read (in my limited research) is a bar in Illinois that featured its salad bar in a 1951 yellow pages ad. I’m old enough to remember them as the rage of the 1970s, when I first experienced a salad bar, and it seemed EVERY mid-priced restaurant in the country provided one. In that pre-sneeze-hood era, and without a lot of experience in proper food handling, a lot of salad bars were pretty awful. Even dangerous. Most restaurants pulled them out during the 1990s. But a few have kept them on, and the ones that do generally do them well. Like Michael’s. 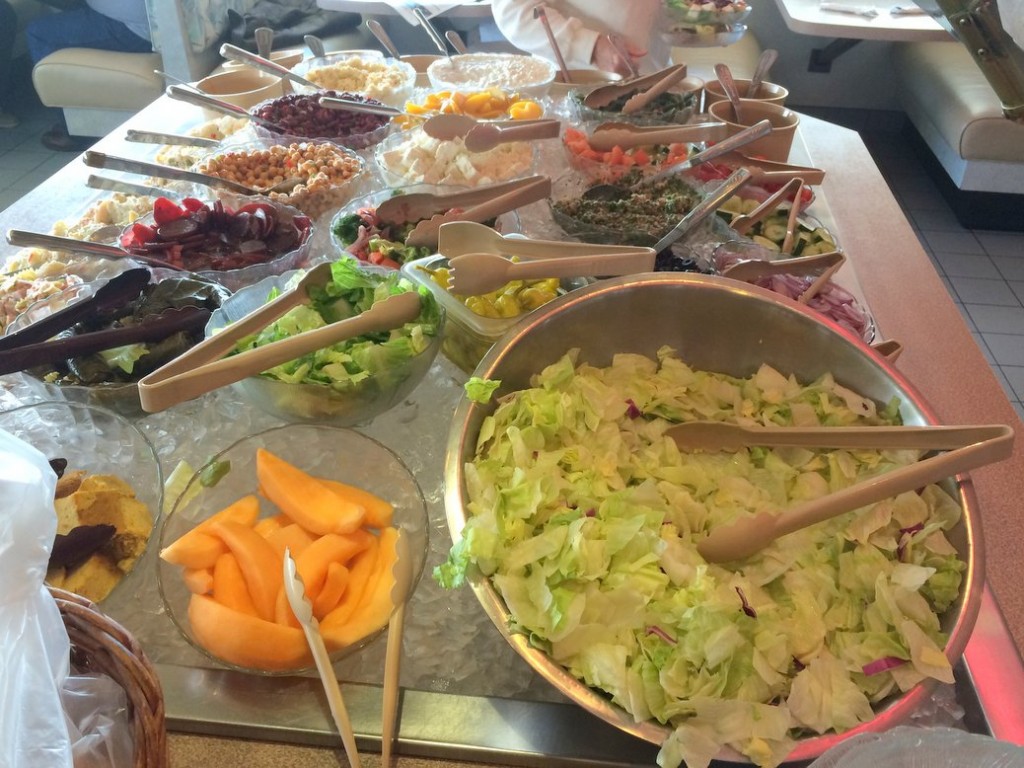 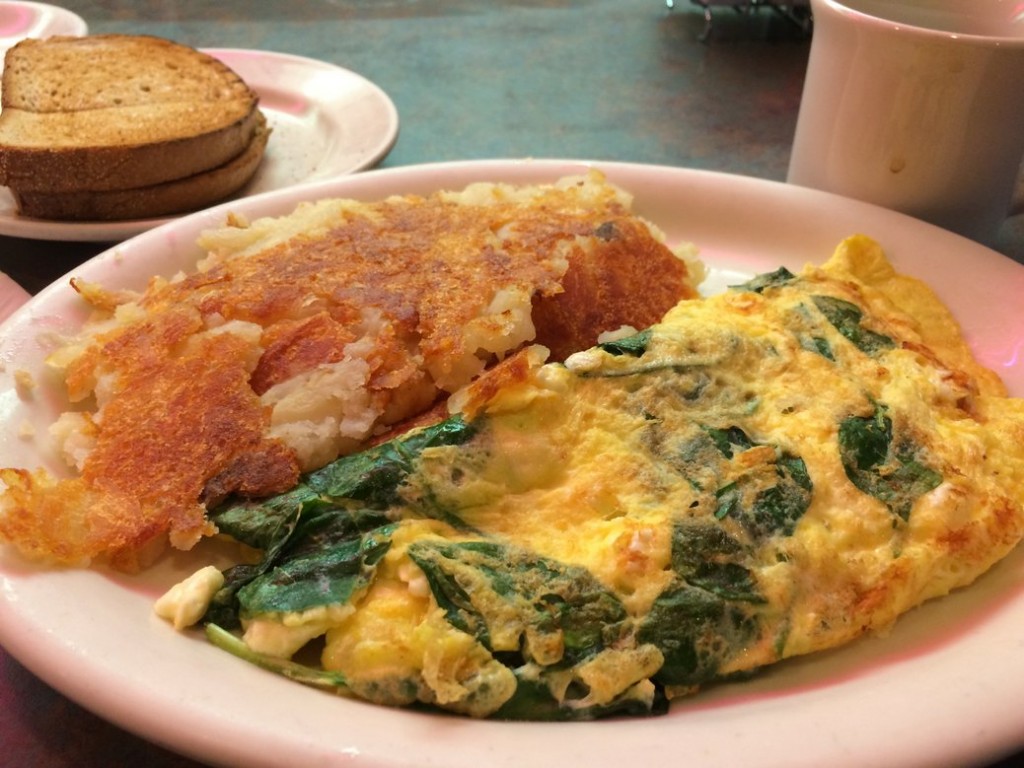 Breakfasts are OK at Michael’s, though prices tend towards the higher end of the scale for a Jersey diner breakfast.  Take for example, the feta and spinach omelet you see in the image ($8.99).  I order my home fries “well done”, and so they came, appropriately crispy.  The omelet itself was tasty, and was made with fresh, baby spinach.  There just wasn’t very much of it (really only a sprinkling of leaves mixed in with the egg), so the feta cheese dominates.  Michael’s coffee is actually pretty good, and better than a typical diner’s.

Because of the salad bar, we rate the restaurant both Vegan and Veggie friendly. Vegetarians can also get eggs, eggplant parm, cheese ravioli, and various vegetable “sides”. Vegans are a bit more restricted, but can still get a pretty good meal centered on the salad bar.