Tomato Pie and Trenton enjoy a unique place in the history of Pizza in the United States.  The second and third pizza parlors EVER opened in the USA were in Trenton (Joe’s Tomato Pie, founded circa 1911, and Papas in 1912). 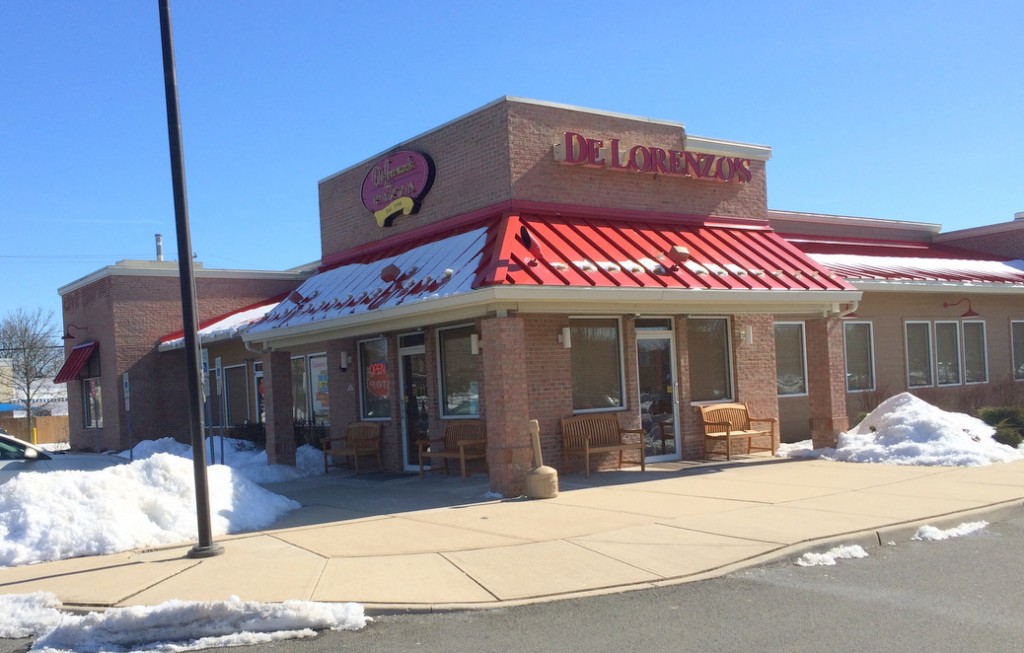 DeLorenzo’s is a “Johnny come lately”, founded in 1938.  For most of the second half of the twentieth century, and for a few years post-millennium, there were two DeLorenzo’s in Trenton.  One established a national reputation… that was the one on Hudson Street, which closed in 2012.  The other DeLorenzo’s was on Hamilton Avenue, founded by two brothers of the Hudson Street founder.

This DeLorenzo’s is THAT DeLorenzo’s.  From Hamilton Ave to Hamilton (near the AMC 24 Cinema on Sloan).  While not quite the transcendent confection that used to be found on Hudson Street, it’s still a more than adequate tomato pie, with a crispy, slightly dry crust with a little bit of char, and high quality ingredients.  The mushrooms are fresh, not canned.  I’m not totally convinced by the sausage (it seemed a little too fatty and lacked fennel), and the tomato is pretty bland, but there are few places that do tomato pie better, and even fewer that are so convenient to Trenton. DeLorenzo’s was a semi-finalist in Hidden Trenton’s 2015-16 Tomato Pie Competition. Click on the banner to find out more. 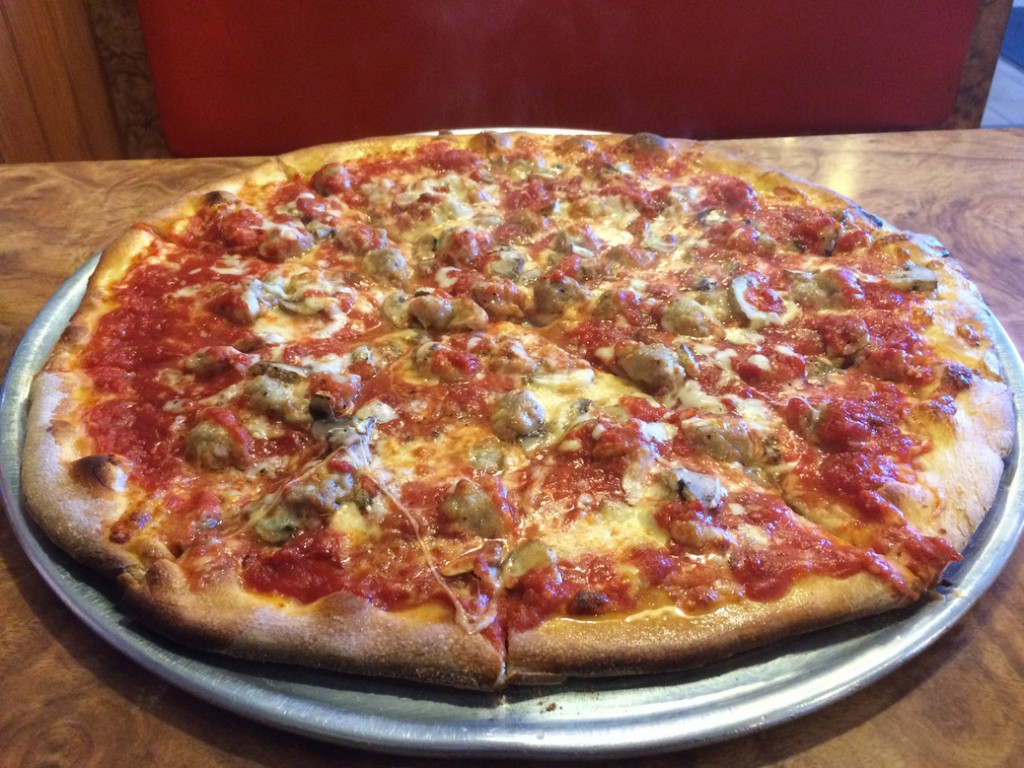 The restaurant itself is brand new.  It’s actually a pleasant place to have a meal, compared to Papa’s Tomato Pie of Trenton, which rents space in a super market cafe just down the road (but makes, to our taste, a slightly better pie).  And since tomato pie ALWAYS should be consumed  straight out of the oven, the nicer digs are a big advantage.  A crisp crust is an essential element of tomato pie, and it gets lost in take out.

The menu is simplicity itself:  tomato pie with choice of toppings, side salads, beverages and desserts.  You can get a gluten-free crust, but since the pies are prepared in a shared kitchen, gluten contamination is a possibility.  DeLorenzo’s recommends that celiac sufferers NOT order the pie, and gluten sensitive folks use their judgement.

One thought on “Hamilton Ave to Hamilton”