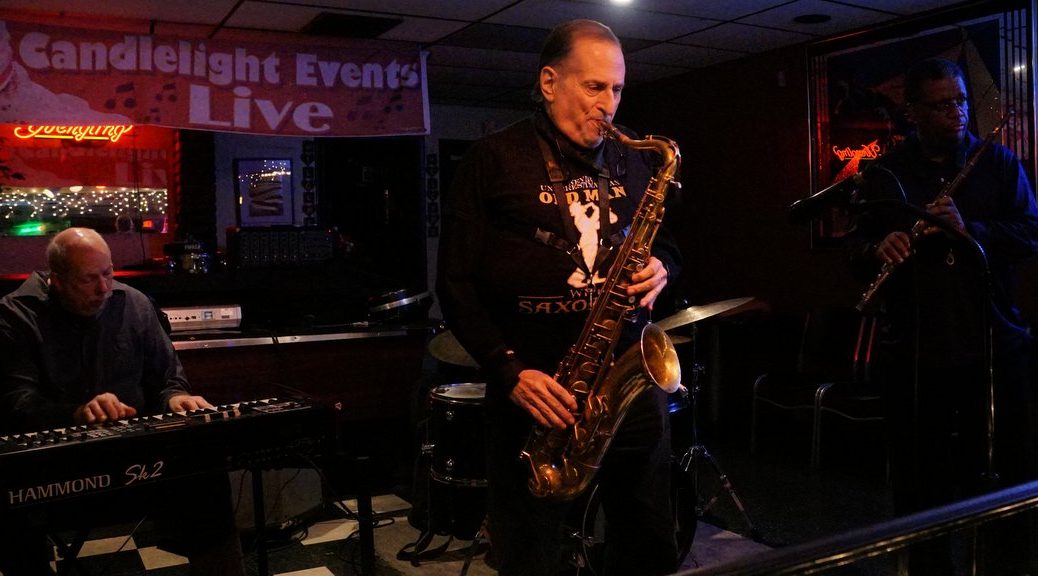 Like straight-ahead jazz? Like The Blues? Like seeing live music in its rawest form, up close and personal? It doesn’t get any more close-up than the open mic nights at the Candlelight.

The Tuesday jazz crowd (group? hard core fans?) is very friendly and skews pretty old. The old cats can really play (at least most of them), so you’re in for a treat. There’s a solid house trio that keeps things moving (pretty much hard bop, with the occasional infusion of post-bop). Guest artists usually play in the same vein, but they’ll sometimes contribute a swing standard or a vocal arrangement. Even more intriguing is when young cats (e.g. local college kids) show up to test their chops. Usually they get cut pretty good (in a tradition that’s as old as jazz itself), but every once in a while a young player will blow everyone away. It’s a form of excitement that you won’t find anywhere else in Central NJ.

The Blues night is similar, with perhaps a slightly bigger crowd that turns up a bit later in the evening. Dinner will usually go up by 7:30, and the Blues crowd peaks around 8 or 8:30. At the Candlelight, blues is more soul-jazz than say, Chicago blues: think Jimmy Smith or Stanley Turrentine more than BB King, often with heartfelt vocals.

It’s also an entertainment deal that you can only find in Trenton. The cover is only $5 and includes a buffet dinner. Two drink minimum. You can listen to the music, drink a couple of bears, eat dinner, and walk away for under $20. Really.