Special notes for parents
This is an informal restaurant which is fairly noisy and kid friendly. There’s a viewport into the kitchen where staff prepares many of the dumplings and buns which will be fascinating for older kids.

The greater Trenton restaurant scene has been enriched by Asian immigrants, and  Shanghai Bun is a great example: its head chef, Chung Hwang, was born in Taiwan to a Shanghainese father and ran a restaurant with him outside of DC for 15 years before moving to this area.  Significantly, walk into Shanghai Bun at any given meal and a fair share of the tables will be occupied by Asian parties speaking languages other than English.  A good sign if you enjoy authentically prepared food.

Which isn’t to say that you can’t get General Tso’s chicken if you’re so inclined.  But the strength of Shangai Bun’s menu (which I’m still trying to fully comprehend) is in the buns, dumplings, soups, and other more exotic preparations that you can find there, and less in the conventional, Americanized entrees which take up the other half of the menu. 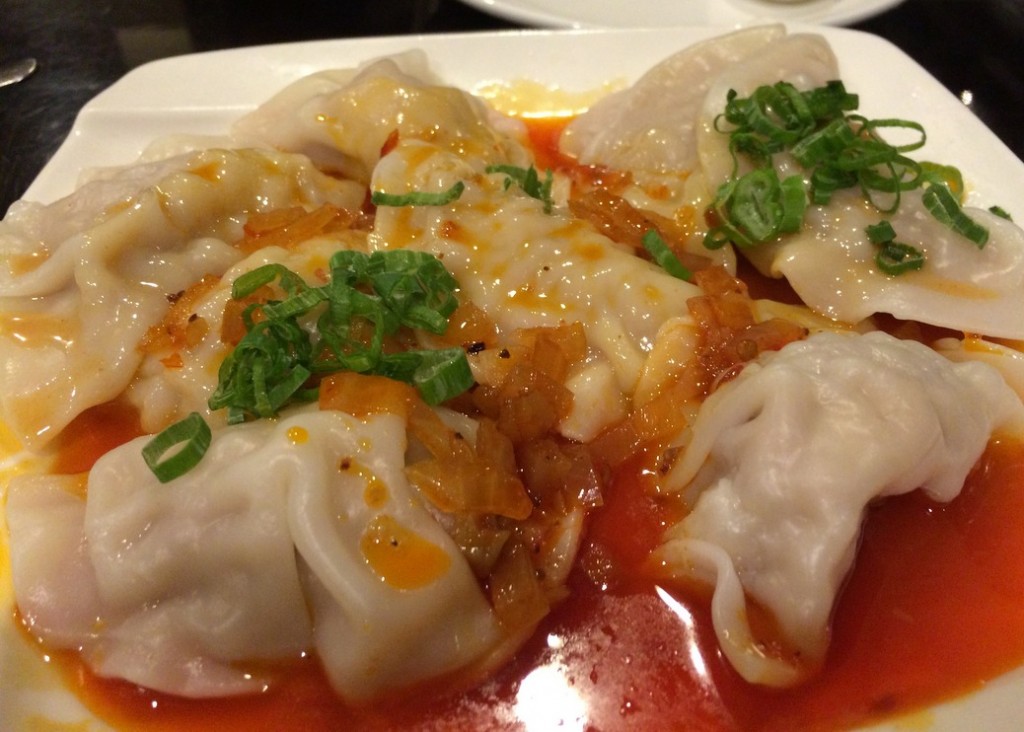 Specialty of the house are the soup dumplings (pictured in the header image) which include a pork meatball and soup neatly packaged in a steamed noodle wrapper.  It invokes a fun, “man bites dog” dissonance to the meal.  But make sure you get them with the vinegar and slivered ginger sauce that is a necessary accompaniment:  our waitress delivered the dumplings without the sauce our first time eating them, and we found them pretty ordinary without it.  We also enjoyed the Spicy Chicken Dumplings with Peanut sauce which is shown in the photo here.

This raises one issue we have with the restaurant, which is that the service can be indifferent.  The English language skills of your waitress will also likely be limited, so you’re pretty much on your own in selecting items from the complex menu.  We suggest you study it on the website BEFORE visiting the first time, otherwise you may feel overwhelmed by the different choices. 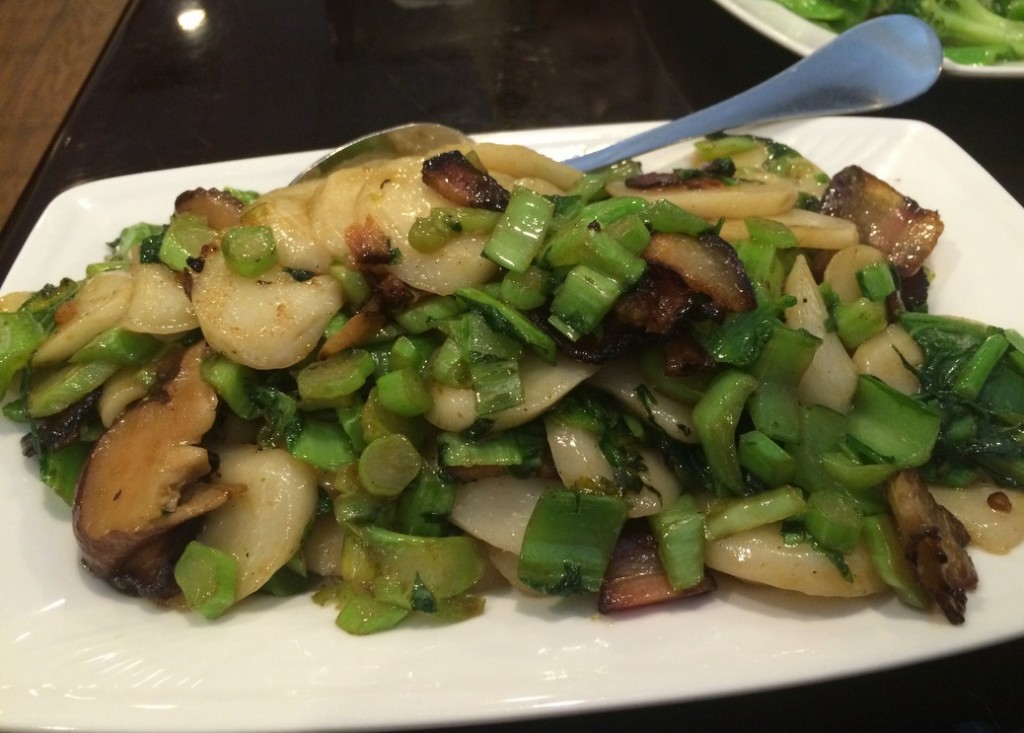 Make the right choices, and the food is superb.  We particularly enjoyed the “Smoke Becon [sic] Rice Cake” entree, which combined pungent mustard greens with a chewy, thick rice noodle, flavored with a smoky bacon.  Vegetarians and vegans will find a fair number of entrees that will suit them, some of which provide exotic flavors such as Jalapeno and Scallions with Broccoli.

We’ve rated the restaurant $$, which is slightly unfair, as it’s priced right at the borderline between $ and $$.  Order an appetizer and entree for each adult in your party and you’re clearly over $15/head; but if you share an appetizer and soup, and order one entree,  you’re probably under that.  The restaurant is BYOB, and entrees are priced lower at lunch time. 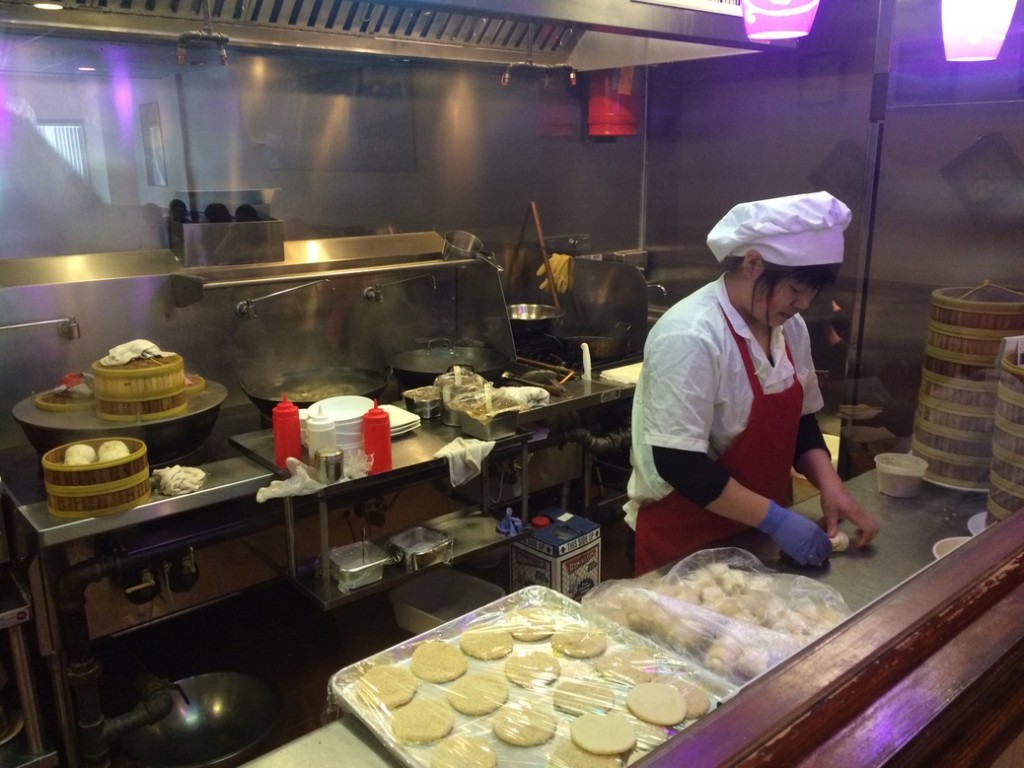 Kids (and adults) will enjoy checking out the dumplings being prepared through a massive picture window into the kitchen.