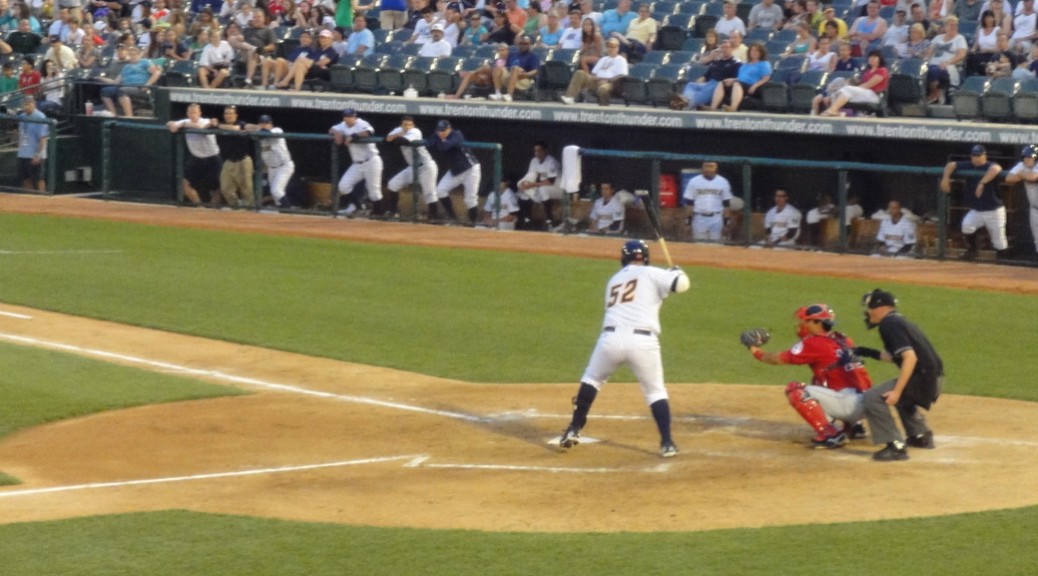 In an era where a single, regular-season ticket at Yankee stadium can set you back more than $500, there’s something refreshing about minor league baseball. Tickets can be had for a little about $13/seat (and less if you book with a group or are over 60), and even the worst seat in the house is pretty good. Not only that, but you can walk there, or park for $5.

The real joy of baseball is to become a fan, learn the players, and follow them closely. It’s a game where even the best players fail about 7 times out of 10; where the deepest pleasure is to savor the times when (despite the odds) your favorites confront their personal demons and come through in the clutch.

The Thunder are the AA affiliate of the New York Yankees. It’s the place for players who show promise and may become major leaguers: a star in Trenton could show up in a year or two at Yankee stadium. It’s also a place where injured Yankees may start a few games before returning to the big club (a few years ago Derek Jeter played a few games in Trenton, on the way back from a shoulder injury).

Click for ALL reviews in these related categories:
Arts & Entertainment | Sports