(Review Updated December 2014) The Farmer’s Market is located just over the border from Trenton in Lawrence (though with a Trenton postal address), and is located near Trenton’s Polish enclave.  It’s truly a first-rate farmer’s market, with nine produce venders, three butchers, several bakeries, an Amish market, several restaurants and a plethora of antique, craft, and gift stores.  It is also a terrific value, particularly if you purchase 2nd quality produce (sometimes slightly bruised or just misshapen) which is offered by many of the vendors at an enormous discount.

The market is open year round, though the greatest activity is when fresh produce is available (spring/summer/fall).  While “open” 7 days, on Wednesday-Sunday you’ll find more vendors in-house, particularly Friday and Saturday.  Saturday is the best day to visit. 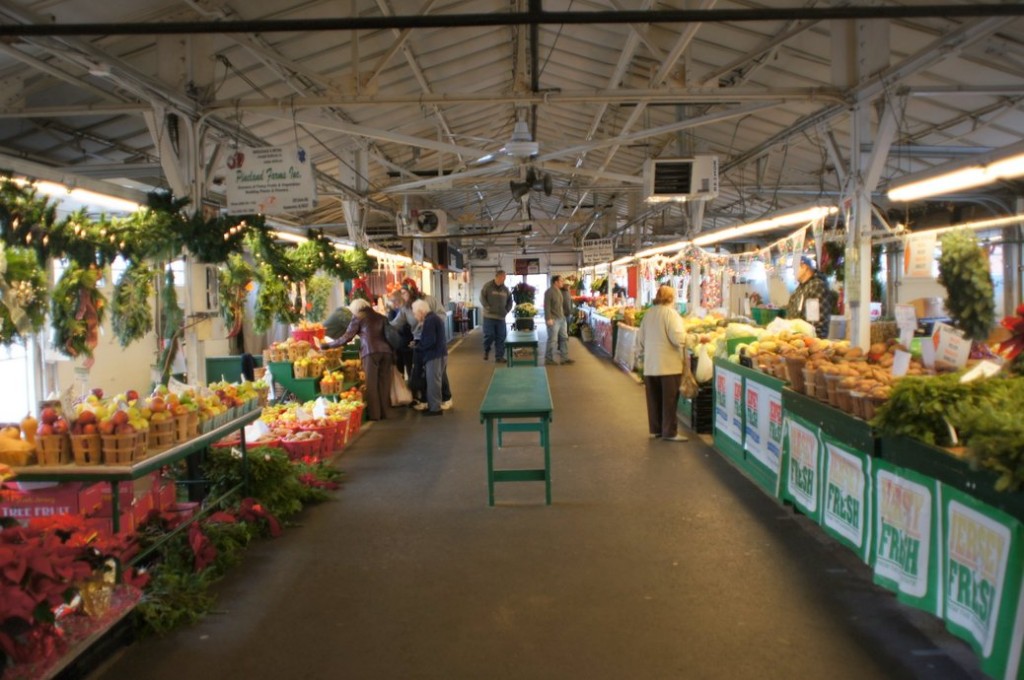 Local farms contribute fresh produce in season, and during New Jersey’s growing season (roughly May-Thanksgiving) you’ll find the hall filled to the brim with fresh and local vegetables, berries, and fruit.  A handful of organic items are also offered (primarily by Terhune Orchards).  During the winter, except for the Terhune Orchards, Pineland Farms, and Sandy Acres Farms, most of the local farmers are missing which is why the photo above, taken in the middle of the week in December, appears so serene. At those times, the market features its specialty vendors and bakeries, some of which are quite wonderful.

Pineland Farms is one of our favorite produce vendors, with exceptional blueberries during the season, terrific heirloom and cherry tomatoes, and unusual vegetables you won’t find in stores (purple peppers, white eggplant, and squash blossoms).  Their prices for bulk items are extraordinary (you can often buy a barrel of produce for only a few dollars more than you’d pay for one or two items), and they heavily discount their seconds (usually only $1 to $2 for a generous bagful). You can always negotiate at a farmer’s market–particularly at the end of the day. 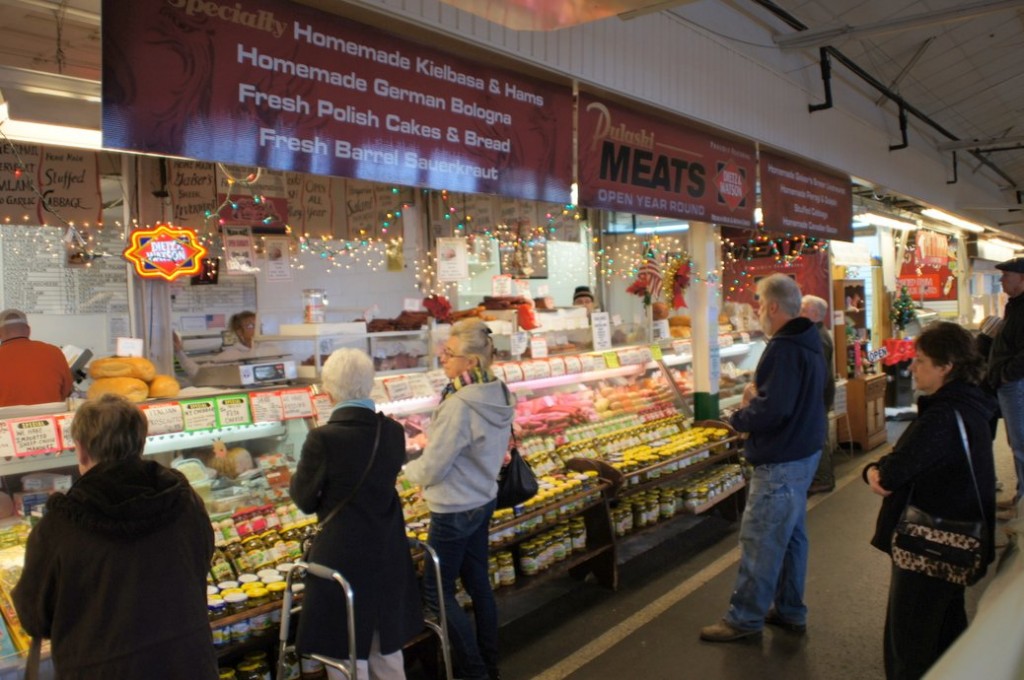 Pulaski Meats has a great reputation for its Polish specialties.

The unfortunately named Cartlidge ‘s Meats is a superb Amish Butcher which carries wonderful sausage, pork, and beef.  Two years ago, Millman special-ordered a fresh, Christmas goose from Cartlidge for half the price-per-pound that Wegeman’s wanted for a frozen one.

Several other Trenton Farmer’s Market vendors have been reviewed by Hidden Trenton.

If none of those vendors piques your appetite, that’s fine, there are still another 30+ to try!  Let us know who your favorite is by posting a comment below.

Click for ALL reviews in these related categories:
Baked Goods | Food | Shopping

3 thoughts on “This Little Piggy Went to…”