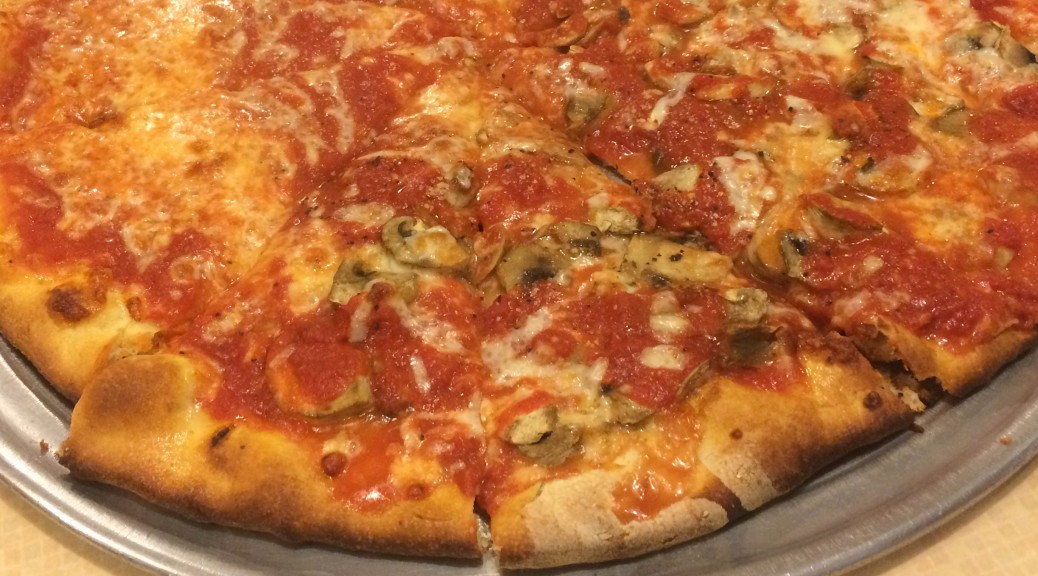 OK, OK, we know that DeLorenzo’s is one of the iconic names in the history of Tomato Pie in Trenton (though we’d argue that most of the juice came from the Hudson Street store, not the brothers’ store on Hamilton Avenue from which this restaurant on Sloan Ave traces its lineage). Yes, we know that the Trentonian’s readers voted it THE BEST. It’s very good. In particular, the pies look great, with plenty of char and an obviously hand tossed crust, and they stay crisp through the whole meal. The cheese is also very good. The restaurant itself is pleasant if a little sterile. Service is OK. On the other hand, we found the crust dry and surprisingly heavy, and the tomato bland. We found ourselves adding heavy salt and pepper just to zip things up: it eliminated the blandness, but couldn’t make up for the lack of tomato flavor.

Knowing this would be a controversial call, we went back three times with 7 separate ratings to make sure. We are. If you’re a huge DeLorenzo’s fan, that’s fine. But if you’re inclined to throw a verbal bomb our way, we suggest you try some of the Finalists here before doing so.