When Papa’s and DeLorenzo’s left town a few years ago, some of us mourned.  I mourned.  And since then we’ve been looking for a worthy tomato pie within city limits.  Sure, you can hop in a car and drive to the suburbs and get a great pie, but for those of us who love cities, there’s a wrenching symbolism to doing so.  And the reality is that in the new Trenton, some of the old line pizza joints still in business make better pupusas than tomato pie.  I love pupusas.  But I grew up with pizza, and for many years one of the best things about Trenton was that you could get some of the best pies anywhere. 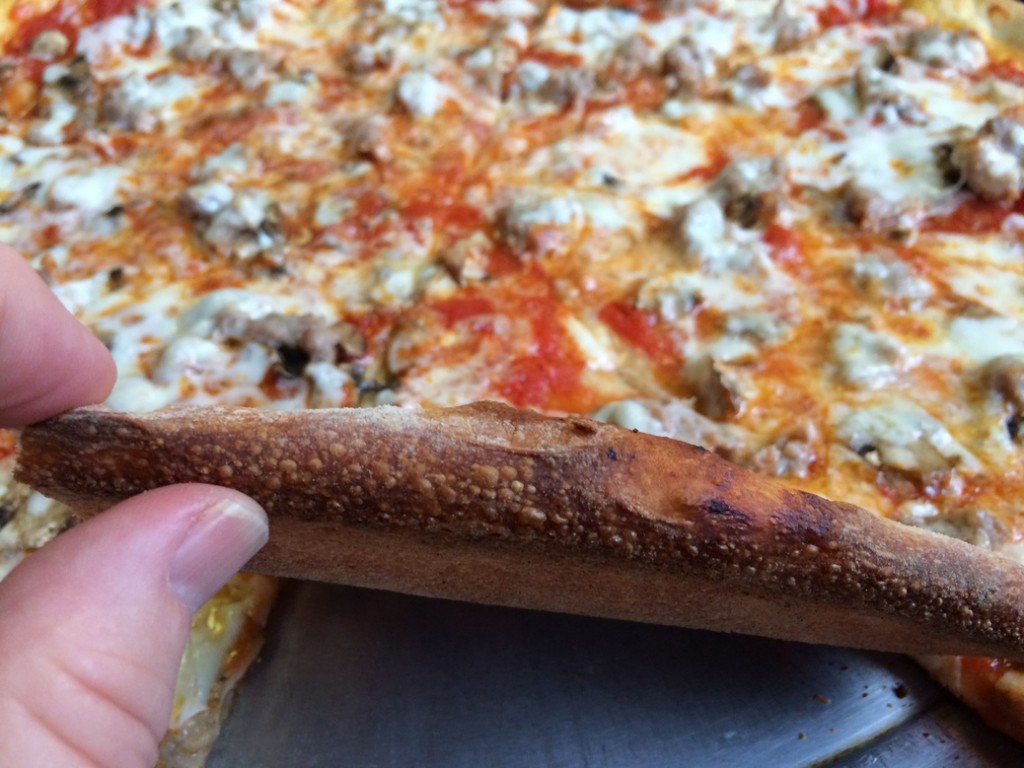 And you still can!  I won’t claim it’s the best tomato pie in the world.  Does it deserve a national reputation?  Perhaps not.  But it’s darned good, fully satisfying.  And the fun is that it comes from a tiny, unpretentious little joint on the 700 block of S. Broad, across from the fire station (firemen are some of Jerry’s regulars).

It has all of the traditional toppings, including those which will please vegetarians such as fresh broccoli, spinach, onions, mushrooms, olives, and red peppers. 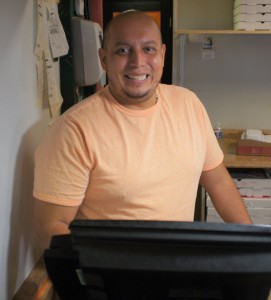 Luis, the owner, is a symbol of the new Trenton. Not surprisingly given his location on the edge of Chambersburg, he’s Latino. But he served a long term apprenticeship making tomato pie at some of the best local joints, including Papa’s and Two Brothers, before taking over Jerry’s. Frankly, if you want a real tomato pie, you’ll want to order it from Luis. He’ll make sure it’s made right. The key is the crust, which will be thin, lightly crisp, flavorful but not at all dry. Luis is almost always around, but if he’s not, and you order it from anyone else, you might end up with a pizza. Even from Luis, you may end up with the cheese and tomato in the wrong order (cheese on top). But it will still be delicious. 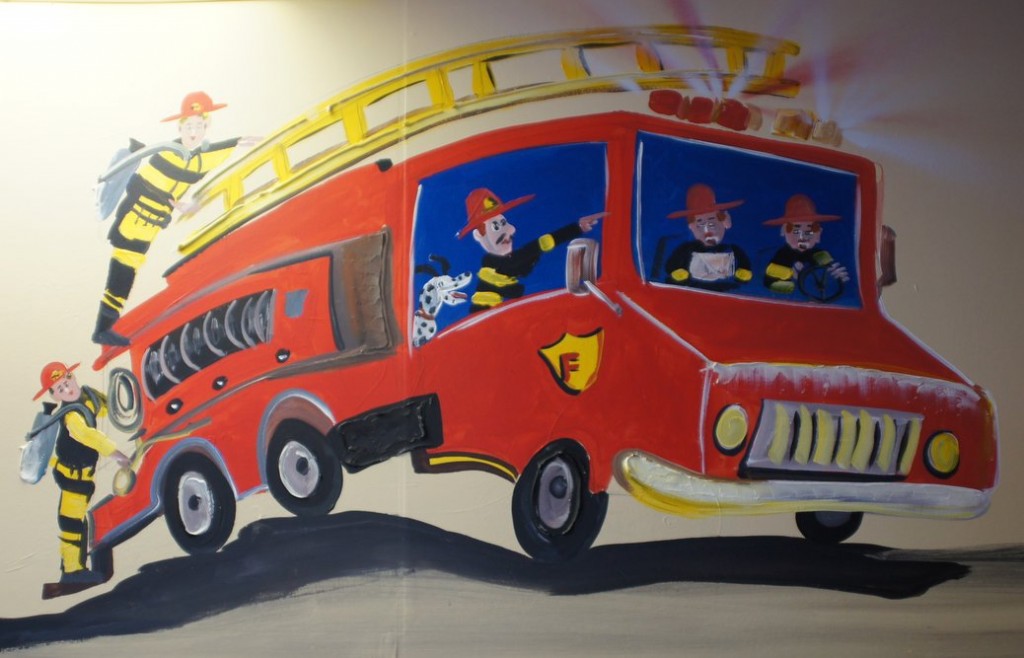 While Jerry’s is a dive, it’s a charming one. Sprinkled around the walls are some primitive murals, painted by a friend of Luis, that are utterly charming. I particularly enjoy the fire truck (shown in the image), which commemorates Jerry’s best customers.

Jerry’s is open late (til at least 10PM every night), and easy to get to.  Happy days!