There aren’t many places in Trenton where you can get good food late.  Especially not home cooked, authentic Polish food.  Rozmaryn, which remains my favorite Polish restaurant in town, is nominally open until 8 PM Wed-Fri, and 9 PM on Saturdays.  But it will sometimes close early when the going is slow.  If you arrive much past 7 PM you’re taking a risk. 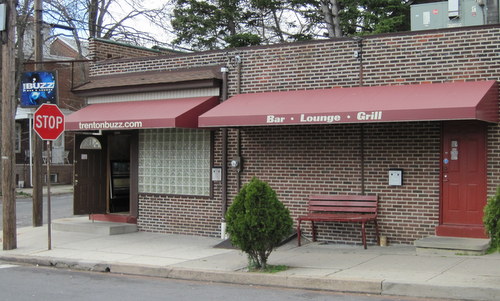 The Buzz is basically a bar, and stays open until 2 AM.  It’s owned by a middle aged Polish couple, who are at the bar every night.  She keeps the kitchen open for the “full menu” at least until 10 just about every night.  If the joint is hopping, it might be a lot later.  And then they have a “late night menu” that’s good at least until 1 AM.

There’s a typical bar menu with burgers, fried chicken, cheese steaks and wings.  I haven’t tried any of that, though I would imagine it’s just fine.  Then there’s the Polish menu which features items like grilled pork chops, Golabki (stuffed cabbage), Bigos (a hearty “hunters stew”), Kielbasa, and Pierogi.

What I’ve tried so far has all been fresh and tasty.  Prices aren’t dirt cheap, but they’re very reasonable.

There are special events on Thursdays and Saturdays where a DJ comes in starting about 9 PM and they offer specially priced drinks.  For some of our readers that might be an advantage; for others a liability.

Thanks to Greg P. for tipping us off about the Buzz.

Click for ALL reviews in these related categories:
American | Bars | Polish | Restaurants

One thought on “Late Buzz”