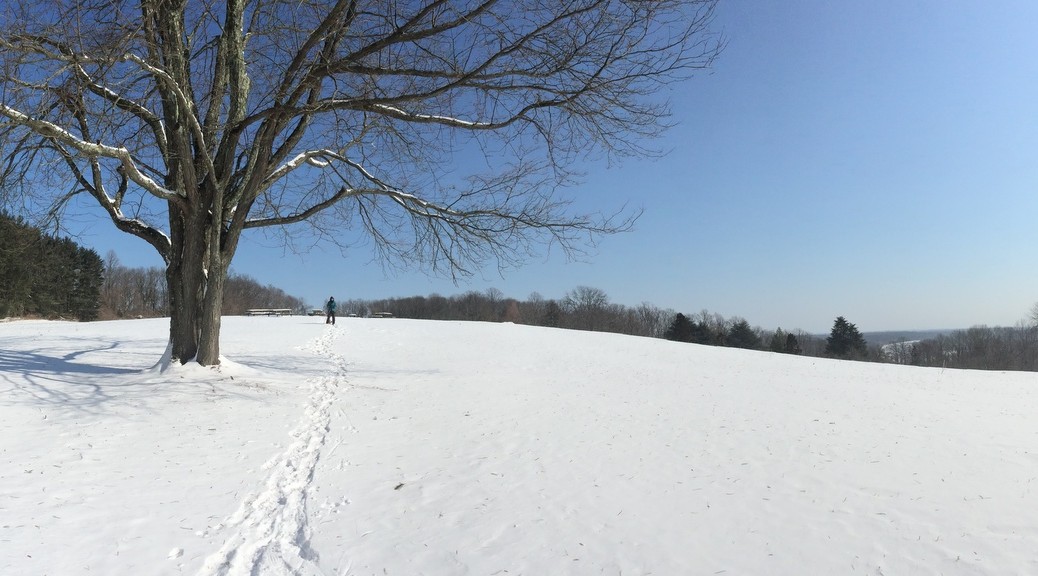 We hike year round, and some of our favorite hiking takes place during the winter. Why? The trails are less crowded, and the wilderness often displays its most pristine beauty. There’s no better time to be outside than on a cold, crisp, achingly blue day with a fresh snow cover on the ground. And yes, if you dress properly, and you exercise some common sense, you can be utterly comfortable while you’re doing it.

In this chapter of the Hidden Trenton Hiking Guide, we’ll focus first on some our favorite winter hiking trails, then describe the clothing and techniques that allow you to be comfortable, with special reference to central NJ conditions (which aren’t typically what you read about in most hiking “how-to” books).

Almost any trail in this guide can be hiked during the winter: many take on a particularly special, almost magical quality, though a few can be unpleasant. In general, except on windless days, you’ll want to avoid trails that pass through meadows or other large, exposed areas. A winter wind can be chilling, whereas, within the forest canopy, there’s rarely more than a breath of wind (even on “windy” days).

Mercer County, New Jersey is not the Adirondacks or the Rockies. Winter conditions here are usually much milder than classic winter hiking areas (though some of the northern NJ hikes are usually colder and enjoy more snow cover). Still, it’s a rare day that you can’t go hiking in NJ if you want. Some common sense, and a modest investment in proper clothing, will see you through.

Cold is actually rarely an issue locally. Generally novices OVERDRESS, so be warned: your body generates tremendous warmth when it’s walking, especially uphill. If you get a chill, it’s more likely (paradoxically) because you’ve been sweating. The answer is to dress in layers, paying particular attention to having wicking underwear next to your skin. Avoid cotton clothing altogether, as it holds dampness next to your skin which is fine in the summer, but can be dangerous in winter. Personally, I usually wear ONLY a long sleeve undershirt, a microfleece shirt, and a windproof shell down to about 20 degrees. Colder, and I’ll add a second layer of microfleece, or swap out the microfleece for a single, heavier fleece. Do carry a pack and, of course, carrying an extra layer is always a good idea. It will keep you warm if you rest along the way, or if you mis-judge the temperature.

When temps fall below 50, a hat is essential. 90% of your body heat is lost through an uncovered head. But again, don’t over dress: you probably won’t need anything insulated down to about 20 degrees (warmer, and a ball cap is probably fine). Gloves as needed. 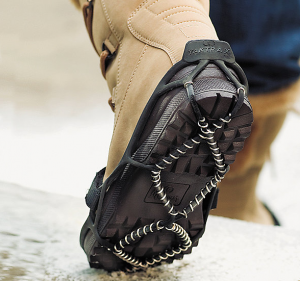 In 20 years of winter hiking in Mercer County, there have been 3 seasons where ice was a serious issue. It happens when there’s a sustained snow cover: the compacted snow on the trails melts slowly. Thawing and freezing cycles over time turn the trails to ice. Then you need something to give you extra traction. And, of course, if you’re headed to any of the more challenging trails in northern NJ, then you should definitely carry something with you.

These things don’t have to be elaborate or expensive: YakTrax cost less than $30/pair, and are light and compact in your pack. Definitely consider picking some up. 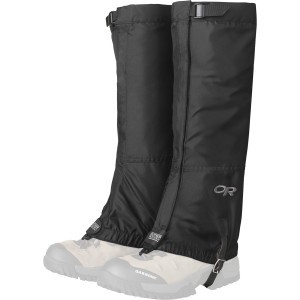 Mud and wet is much more of a problem, usually, than cold and ice. Any time we get a thaw that melts snow cover, we generally end up with mud. Not the up-to-the-knees kind of mud you can experience in the Adirondacks or Whites, but slippery, annoying, nearly-ankle-deep mud. You don’t need fancy, insulated winter boots, but you do want over-the-ankle waterproof boots. If it’s particularly wet, a pair of gaiters will keep snow and mud from slopping over the top. Except in deep snow, they’re not usually necessary, but they can help you relax.

Same for a hiking staff. When it’s dry, I don’t usually carry one, but they’re useful to help you maintain your balance in mud and snow. When there is snow cover, it’s rarely deep enough that you need snow shoes. But a pair of waterproof pants is usually a good idea.

Roughly speaking, deer hunting in NJ is legal from late-September through mid-February. Some parks, like Baldpate, restrict hunting to certain days of the week, and ban hikers when hunting is permitted. Most state parks (as opposed to game lands) ban hunting altogether. Other parks allow shared use by hunters and hikers. 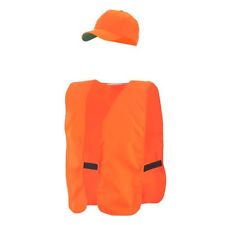 I hike during hunting season frequently: I keep an international orange ball cap, and safety vest in the car, and throw them on if there’s hunting permitted in the park where I walk. The most intense month for hunting in NJ is generally December. You may want to restrict your walking to parks where hunting is banned in that month.

But imo, it’s not really a problem. Hunting is always banned on Sundays, so if you’re concerned about it, go out on a Sunday. But even on the other days of the week, game is most vulnerable in the early mornings, or just before dusk. So if you walk in the middle of the day, hunting activity won’t be terribly intense anyway. The few times I’ve run into hunters on the trail, they’re generally happy to see me, and particularly pleased I’m wearing orange. Generally, January is pretty low key. By Valentine’s Day, it’s over.